My first visit to Ethiopia was in April 2010. At that time, I never could have imagined how this visit would result in the founding of Hope for Korah. I was just going on a two-week medical mission trip with my 12-year-old daughter and a team of 7 other women from B.C. & Ontario. Four of us were nurses, (I am a social worker) and we had been working for months on a partnership with a rural clinic north of Addis Ababa. – Eve Pohl, Founder of Hope for Korah

Things didn’t work out quite like we had planned. We flew the day a volcano erupted in Iceland and thousands of people were left stranded for days and even weeks. Our 24-hour trip turned into 48 hours of diverted flights, hours of standing in lines and literally being the very last plane out of the Munich Airport before it closed for 10 days. It was remarkable that we even arrived in Ethiopia and once we finally did, we discovered that the medical clinic we collaborated with had a new director and no longer needed our help. So, there we were, blindsided, without a purpose, in a foreign land. Our plans had completely fallen apart.

But God’s plan was falling into place…
He led us to the destitute community of Korah. An urban slum and leper community of an estimated 130,000 people. The area is consumed with poverty and disease spreads quickly, leaving many widowed and orphaned, and those who survive do so through begging, prostitution and living off the city garbage dump.

We were brought into the home of Beylanesh; a mother with 3 children living in a makeshift hovel, in complete darkness. Although it was daytime, it was pitch black and I could not see her extremely hot and feverish 2-year-old lying on a pile of cardboard and rags, with no blanket or food, nothing. I could not see Beylanesh’s feet; one foot crippled, the other a stump, which she had resting on a chunk of wood wrapped with burlap and a piece of twine so that she could walk. Our hearts broke by what we saw.

After returning home to Canada, my thoughts continually went back to the people of Korah and the impoverished conditions they must live in. Korah remained on my heart and every day I prayed, setting time aside each week to develop online relationships and connections with anyone who had ever visited Korah. In the winter of 2010 we put together a Korah Team here in Abbotsford, BC, whose purpose was to pray, explore and seek God's direction for continued work in Korah. With my husband Dave’s, and their support, and after much prayer, I returned to Ethiopia in April 2011. This time Dave joined me. We felt God's leading in so many ways and our purpose in going was to come alongside the group of young Ethiopian leaders we had met, to discuss their needs and to plan how we could further serve alongside them.

Doors continued to open in both Ethiopia and in North America. This second trip went far beyond what we had anticipated. What was most significant was the beginning of the Berta “Crisis Intervention” Breakfast Program to feed malnourished children. This was not in existence prior to our trip and through the urging of these Ethiopian leaders, together we assessed potential families for the Family Sponsorship Program, that was later launched in September 2011. Since then, many other programs have also developed but it has remained very important to us, that we come alongside Ethiopian leadership, allowing them to lead and expand the programs, because they know their community best. We want to see indigenous leaders become all that God would have them become, walking alongside them, and ultimately helping to break the cycle of urban poverty. We want to be cautious not to create dependence or to unknowingly hurt the community we are trying to help. Together we are committed to serving and empowering the people of Korah with the love and compassion of Christ.

And in North America the doors also opened. After returning home from Ethiopia in April 2011, we were given the opportunity to come under the wing of an existing registered charity in both Canada and the U.S. We officially became Hope for Korah (HFK) in July of 2011 under International Disciple Training Canada Ministry (IDTCM) and in the United States we partnered with International Disciple Training, a 501(c)(3) in the United States. In August 2016, IDTCM’s name was officially changed to Hope for Korah Ministries and we formed a new Board of Directors. Hope for Korah Ministries is a registered charity with Revenue Canada #BN: 856425780RR0001.

The continued blessings and developments have not ceased, leading to the programs we have in existence today. It has been a very exciting and incredible journey that has left all of us involved, humbled and in awe of the amazing and compassionate God we serve.

There is still much work to be done. The poverty in Korah continues and seems endless, but this must not paralyze us. What we do matters to every person we serve. We must prayerfully move forward. There are so many great stories of hope and transformation still awaiting us. 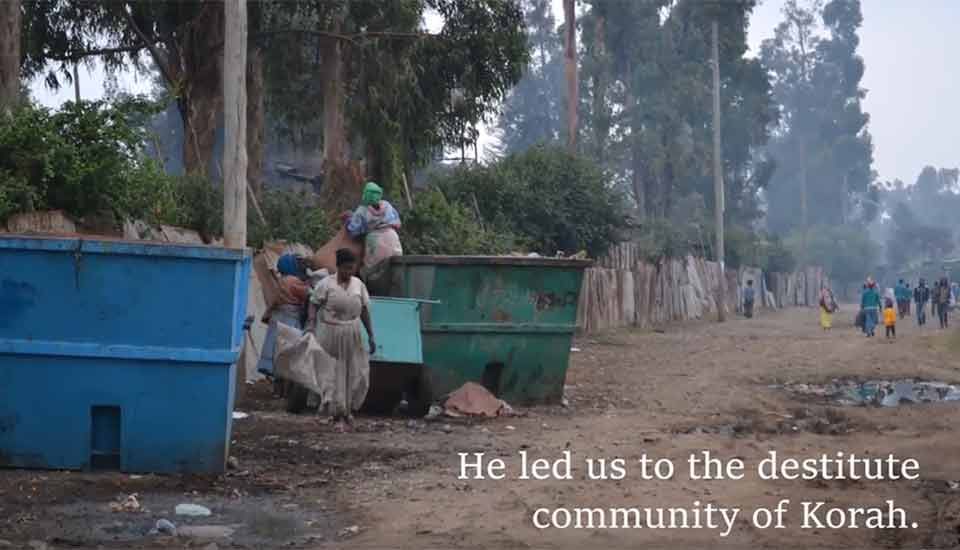