What began as an outcast community for those living with leprosy over ninety years ago has now grown into Korah, a disadvantaged and impoverished urban district with an estimated 130,000 people. Situated adjacent to the city garbage dump in Addis Ababa, Ethiopia, it is characterized by some of the most extreme levels of urban poverty in the world; with poor sanitation, costly and precarious living conditions, lack of clean water, and food scarcity that are all increasingly made worse by rising inflation.

Korah is home to a diverse community, with many people having migrated from different areas of the Ethiopian countryside seeking medical treatment or hoping that the city would offer more opportunities for a better life. In reality, most individuals who end up in Korah have limited education, cannot afford medical care and end up trapped in unsafe, precarious forms of work and survival such as begging, prostitution, abhorrently low paying labour jobs, unreliable piecemeal work and scavenging at the trash dump for food, metal or recyclable plastics to resell.

In the heart of Korah sits the ALERT Hospital which stands for All Africa Leprosy, Tuberculosis and Rehabilitation Training Centre. It is an expansion of the original leprosy hospital built by Dr. Thomas Lambie in 1922 and generations later, people infected with leprosy continue to come for treatment. Conditions in Korah are further exacerbated by the prevalence of malnutrition, tuberculosis, HIV, AIDS, and many other infectious and preventable diseases which spread quickly in the densely populated area. This level of poverty is consuming; many are widowed or orphaned, while other families are separated through desperation, illness, and death.

There is also great stigma and hopelessness that characterizes this extreme poverty. The most debilitating aspect of poverty for many is that it drains ones internal and external resources; it takes all ones energy just to feed the family and to keep them housed. This prevents many people from recognizing their own self worth and accessing more dignified and empowering living conditions and forms of employment.

The barriers of poverty, inequality, limited education, and stigma are very real in Korah. But equally real are the countless stories of perseverance, resilience, strength, and community. Korah is full of beautiful, capable people. When given the opportunities and living conditions they deserve, they are able to access futures of hope, empowerment, and possibility. 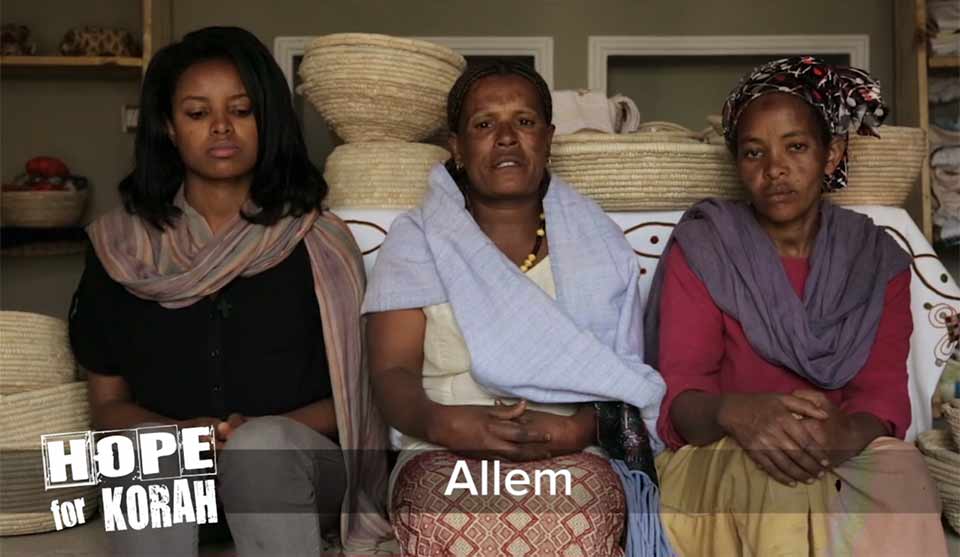 Donate To Hope For Korah